I weighed myself this morning and unfortunately it stay the same which it has done for the past two weeks.  It can be really discouraging to feel like I am working so hard and the scale isn’t moving.  I just have to remind myself that this is the first plateau and it wont be the last, I have gotten a lot of thing right over the past two weeks but I do know where I have room for improvement.  I have also found that after work when I get home that is my most likely period to binge.  I don’t know if it’s because I am changing gears and going from running around to finally relaxing that the stress of the day catches up with me, and I know that I am a stress eater hence all the weight gain in Nursing school and with pregnancy.

To help motivate myself that I can do hard things and that I have to keep myself motivated I am going through old pictures and putting to words what I did that got me to my goals.  The picture above is really where it all got started, I got recognized at work and part of that was taking my picture.  I was so nervous and self conscious about it.  Every day for four months I had to look at this picture on the wall that made me feel awful, I was the heaviest I had ever been and my self-confidence was next to none.  It was on a night shift at the hospital that I bit the bullet and decided that Weight Watchers was my next step.  I had attempted to lose weight through WW before this and had failed every time, I even remember telling Austin (my boyfriend) that if I said I was going to sign up again that he should stop me because I never stick to it.  I think part of dieting is being in the right mindset and that last time I was definitely in the right mindset. 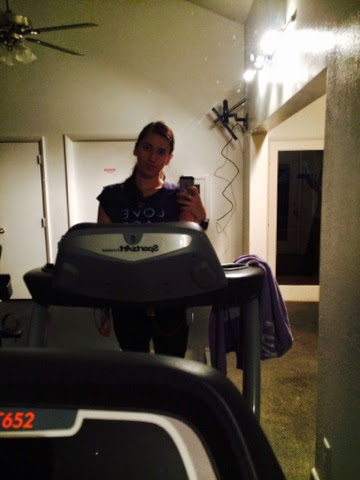 I started training for marathons and cooking my own meals everyday for every meal and it was literally so easy to lose weight, I just had to decided that it was really something that I wanted.

I started to feel more energetic and happy,  the food I was eating was giving my body the energy I needed and the running helped me to find an outlet for my high stress job.

I choose to be in health care at a very young age, 16,  I took classes in high school to get my CNA license and from then on I fell in love with the profession and decided to be a Registered Nurse and even though I wouldn’t change how things have happened in my life I would tell my younger self to find an outlet like running, I have always been very outdoorsy I grew up hiking, camping, hunting and fishing but I needed a high intensity activity to help me burn of the stress instead of eating in response to stress. 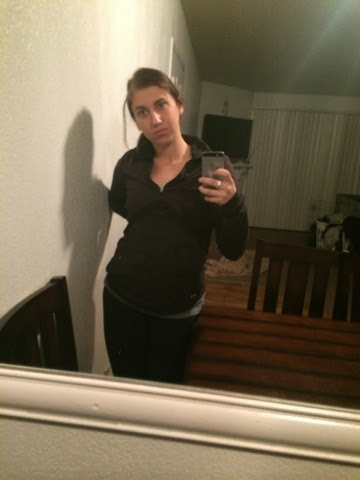 I kept losing weight and I even had friends who would tell me that I was losing too much weight but it literally just kept coming off I was eating with in my points and running.  I was a little bit over the top with not “cheating” or following it to a T.  I remember going into work and someone had brought cookies for the staff and I couldn’t even go near them I was so worried about having one cookie that I would go the extreme the other way and not have anything.

It was after that incident that I decided to stop WW and try just to eat intuitively .

Which worked for a while, this was the last half marathon I ran and when I got the photos back I remember being over critical of myself and pointing out all the flaws and what I could make better.

This photo was taken right after Nursing school started and I started to gain the weight back, and then I don’t have many pictures from my time in Nursing school.  I have some but I believe that part of weight loss is finding a healthy mind-set and that is why I joined the WW meetings which I will go to every Tuesday night.  My hopes are to lose the weight and change the way I handle my food and stress relationship.

My goal is to get back to the weight I am in the above picture, grated my body has changed since giving birth but I would like to be in the range of 130-145 pounds and I need to remind myself to not give up just because I haven’t seen the scale move,  It will happen in good time as long as I stick to the plan. 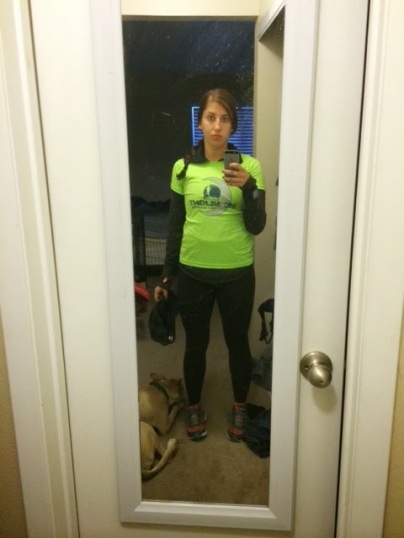 Some more photos of me reminiscing,  It is really making me miss running.  Which I have every intention of picking back up.  I just have to remind myself to not use it as a punishment for eating a cookie.  I can enjoy a treat every now and then and not have to run 13 miles to make up for it.

This is a current picture of me, I am down 30 pounds, currently sitting at 190 when I started I was at 221 and my goal is 130-145.  Slow and steady this time with thought given to finding tools that will help me succeed. 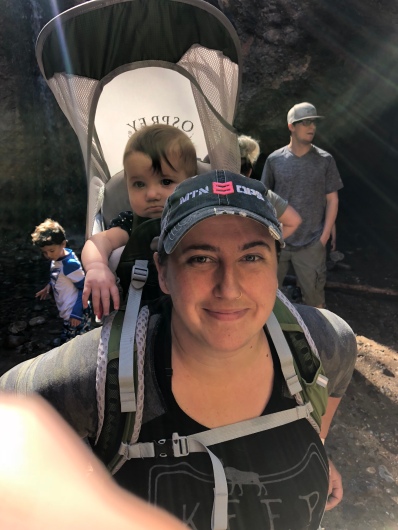 This picture was taken when hazel was about eight or nine months, I hated feeling uncomfortable in my hiking clothes and unable to just pick up and go hiking with my girl any time and any where.  Shortly after I recommitted to WW and I am already feeling so much better.

What are some tips that you have that have helped you deal with stress?

-Thank’s for stopping by!

Published by Running on Change

View all posts by Running on Change